I provide professional coaching that triggers exceptional performance, coupled with the unique value of mentoring gained from 25 years of board level experience.

If you need assistance in advancing your career, have been promoted to a new job and require independent support, or are at a crossroads in your career and need to consider the options ahead of you, I can help.

I get a thrill from unlocking the potential of others and seeing them succeed at the highest level, often beyond what they had initially believed possible. I would welcome the opportunity to work with you.

Coaching helps clients find their own way to greater success in the areas that they choose, in a way that is tailored to work for them, rather than hearing, reading or being told how to do it. The client is the expert in their life and coaching will enable them to take action in achieving their goals and challenge the limiting beliefs that may have prevented their achievement in the past. Every client has the intrinsic ability to determine and achieve their goals, they just need the self-realisation and motivation to do so.

Mentoring also uses powerful questioning, but allows more use of experience and success gained; acting as an advisor or guide to someone wishing to tap into that expertise. The mentor provides support to, and feedback for, the individual they are working with. This is often a longer relationship concerned with ongoing development

Not everyone fits these theoretical pigeonholes for coaching or mentoring precisely or falls exclusively into one camp or the other. For some problems that require resolution, or issues that need to be overcome, or relationships that need to be developed, mentoring can provide powerful support. The experience gained in over 20 years at senior board level, and the focus on developing people to become leaders themselves, can provide a short-cut by pointing out potential pitfalls and providing possible answers or alternative solutions. I like to explore and listen thoroughly to every individual client to understand exactly what it is that they wish for before designing how to help them. I also like to challenge pre-conceived attitudes and assumptions, as well as limiting beliefs. Whether it is coaching, mentoring, or a combination of the two, the skilled use of powerful questioning is essential to fully examine the issues at hand and enable you to own the answers that you are going to enact. 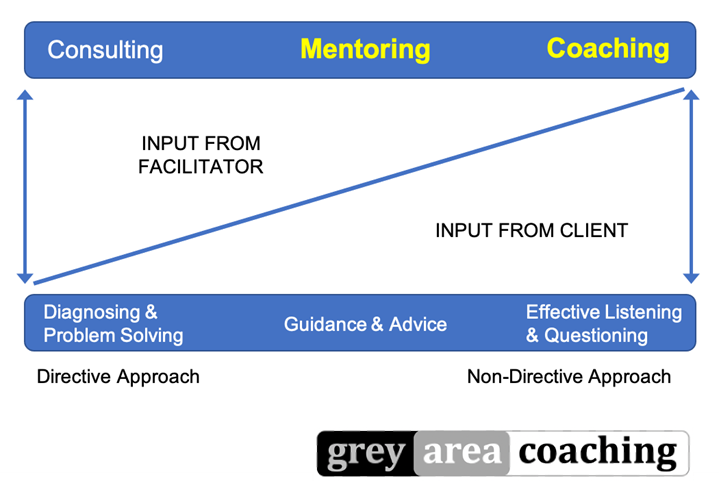 If it doesn’t challenge you, it won’t change you

My specialist niches are as follows: 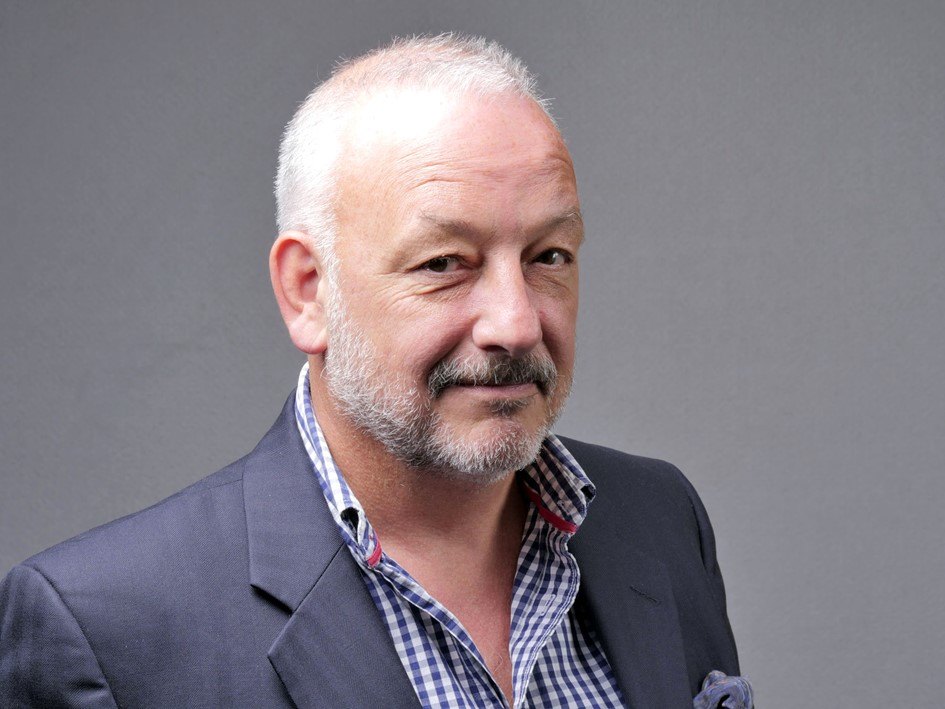 David combines his accredited professional coaching and mentoring skills with both his degree in Psychology and the invaluable experience gained throughout a highly successful career in commercial, publishing and not-for-profit board roles. As well as carrying out his current chairmanship roles, David helps both companies and individuals to achieve their goals in accelerated fashion and with an empowerment that ensures continued, ongoing success.

We are what we repeatedly do.

Excellence, then, is an act, not a habit.

David offered a valuable counterpart for self-reflection, resulting in unearthing new options to explore. I found my discussions with him professional, well-prepared and always fun!

I studied Psychology at Durham University many years ago in the early 1980s and immediately after graduating I completed a professional qualification as a hypnotherapist. Having had a highly successful corporate career across retail and publishing, now adding the provision of professional coaching and mentoring seems to me to be coming full circle back to providing the expertise that I was fascinated by way back then, but now energised with the experience and skills that I have picked up in the intervening decades.

I worked for 20 years in retail, initially in planning, operational and major project management roles then becoming Product Director in charge of buying and marketing at HMV, growing the business to £800m turnover and £90m profit. I was responsible for our range, pricing, category development and management, and negotiations with record companies, film studios and games developers. I then moved to Waterstones to set up a similar function as Product Director and liaised with all the UK major and independent publishers as well setting the commercial strategy across the 200 plus stores.

In 2006 I joined Borders and Books etc as CEO. This was an American owned company with £220m turnover in the UK and Ireland and over 2,000 employees but was making a loss each year before my arrival. The brief, which I successfully delivered, was to drive consistent sales growth, deliver profit on the bottom line, open new stores and drive market share growth. There was also a discreet plan to split and run the organisation independently from the parent company in Michigan, USA in order to facilitate a later sale of the UK business, alongside all other international territories. This was achieved successfully, with Borders being recognised across the industry with awards along the way, and I left the business in 2008 after managing its sale with Merrill Lynch and Ernst & Young to Luke Johnson’s Risk Capital Partners. At the same period, I was elected President of The Booksellers Association of UK and Ireland and served a two-year term representing the book retail community and leading cross-publishing industry trade associations. I also was a Trustee of the largest book charity, BookTrust, from 2008-2015.

I then, poacher-turned-gamekeeper style, joined HarperCollins as Group Sales and Marketing Director, and negotiated with the retailers from Amazon to Waterstones from the other side of the table. I was charged with re-designing how the company structured these and other functions, and leading the change of focus to be more consumer driven. This meant reversing the structural direction of the company away from the old physical channel model to ensure that we focused on their content; a dramatic cultural shift that also resulted in parallel changes across the company in finance, production and rights.

I left being inside corporate life in 2011 to set up my own company, David Roche Enterprises Ltd, and have since operated as a consultant working with a wide variety of companies both in the UK and internationally (see below). To complete the full house of publishing roles, I have also acted as a literary agent for a few, select, non-fiction authors and had a book of my doggerel poetry, Just Where You Left It, published in 2017. Outside of coaching and mentoring, the majority of my time now is spent in non-executive director roles. I am currently Chair of The London Book Fair (since 2011), the world’s biggest Spring publishing trade fair, Chair of the innovative and original writing agency New Writing North (since 2015), and Chair of the publishing industry digital news service BookBrunch (since 2016). I also lecture and mentor students at the National Film and Television School completing their Masters in Creative Business for Entrepreneurs and Executives, and give occasional masterclasses at the likes of University of Central Lancashire, Kingston University and Northumbria University to Masters students in their publishing or creative writing courses.

I enrolled with The Coaching Academy in 2019 and qualified as an accredited coach 15 months later in July 2020. I have undertaken many professional training courses over the years covering, amongst others, project management (Oxford Brookes), finance for senior executives (Templeton), negotiation skills (Templeton) advanced presentation skills (Henley), the role of the managing director, and the role of the non-executive director (both at the Institute of Directors).

I am lucky enough to have been presented with several awards for both the companies that I have worked in and run, as well as recognition for my own personal contribution across the industry. I was awarded an Honorary Fellowship by the University of Central Lancashire in 2017 for outstanding contribution to the book industry.

I am married to a Finnish wife who is a primary school teacher near where we live in Kingston upon Thames, and we have 3 grown up sons. In my spare time I like all sports from rugby and golf to scuba diving, squash and swimming. We also spend time in Finland in a mökki (summer cottage), and I love to cook, travel, drink wine and read good books. I am also proud to be Honorary President of Bros’ Rugby Club in Lecce, in beautiful Salento, Puglia. 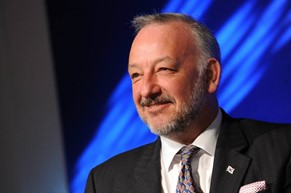 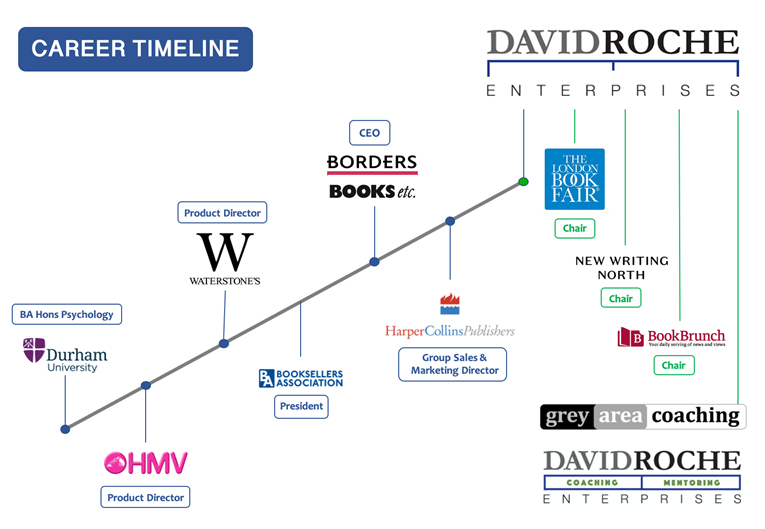 Companies that David Roche Enterprises has worked with: 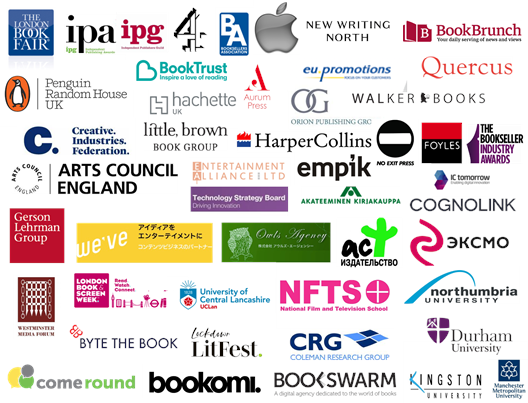 If you are not in the arena getting your ass kicked, I am not interested in your feedback

David has the unique ability to facilitate deeper thinking during coaching sessions. I would love to work with David again and can highly recommend him as a coach. 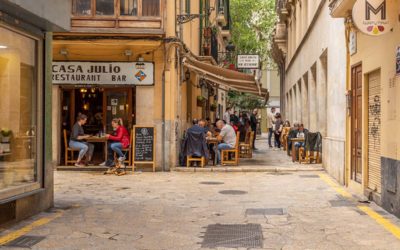 The Immediacy and the Power of Now

David Mansfield is a highly experienced and successful executive and investor who consults and writes about business. In this article he writes on the importance of overcoming procrastination and the power of 'what is wrong with now?!' See the full article here.

END_OF_DOCUMENT_TOKEN_TO_BE_REPLACED 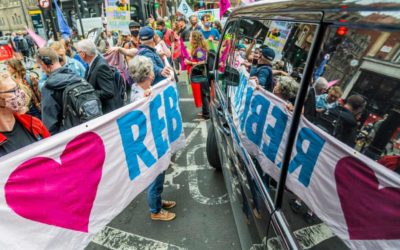 How bad do things have to get in Britain before we start to see solidarity emerge?

Despite a widespread sense of anger against the government, narratives of division still prevail, stymying public unity. But who shook the jar*? The politics of today is to promote that division. Read the full article by Moya Lothian-McLean here.   *often...

END_OF_DOCUMENT_TOKEN_TO_BE_REPLACED 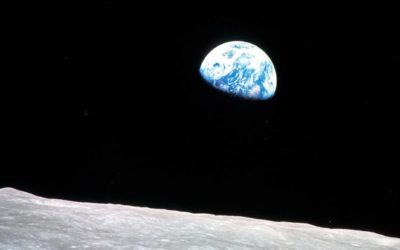 David’s coaching sessions have had a profound impact on my life. He has enabled me to gain a much more holistic perspective on my goals and the obstacles that I have faced achieving them.

Whatever your needs are, whether it be help in achieving your goals, just talking through the options in front of you, or needing advice with regards to where you go next, I would love to hear from you. Contact me for a FREE consultation to understand what your needs are and how I may best help you.

I am based in Kingston upon Thames and am happy to have consultations in person, or online, or over the phone.

You can also find me on social media: